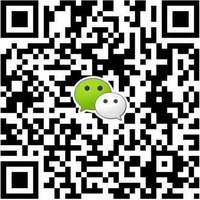 To be used for optical coherent detection such as DP-QPSK receivers, Kylia’s ten-port 2×8 Coherent Mixer (aka QPSK mixer) combines the incoming signal with a local oscillator to generate eight light states in the complex-field space. The eight light output signals can then be coupled into four pairs of balanced detectors. The block diagram below shows the application of a 2×8 coherent mixer in a DP-QPSK receiver. Since the mixing process is data rate independent, the devices can be used for any data rate in applications such as 40Gb/s or 100Gb/s transmission systems.

The COH28 and COH28-X are based on two single polarization 90° optical hybrids that enable to extract phase, amplitude and polarization from a signal with any polarization. The COH28-X is a new generation optical hybrid with improved performances (among other things, a wider operating wavelength range and much better dual uniformities).

These products are purely passive and athermal.

The COH28-X also feature a phase tunability option in order to perfectly adjust the 90° of the hybrid depending on the wavelength used. Kylia also offers a dual polarization 180° hybrid named COH22.